TedX and Take My Hands 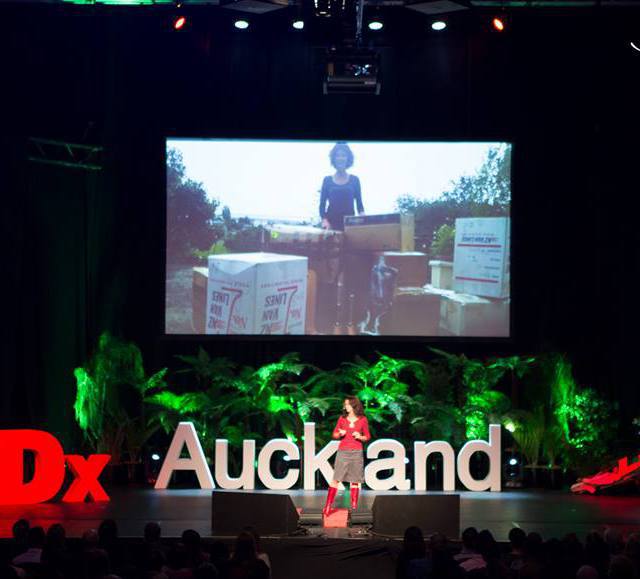 TedX and Take My Hands

While the Playground may have been a little quite of late, we've still be flat out busy supporting Take My Hands in its development.

Janette in particular has been devoting a great deal of time working on developing the actitivities, systems and processes of the trust and the work that it does.

You can check out what's been happening at www.takemyhands.org.nz which include a scoping trip to Fiji, final pitch day for Akina's Launchpad programme and prepping for the next project.

Most recently though Janette presented at TedX Auckland. 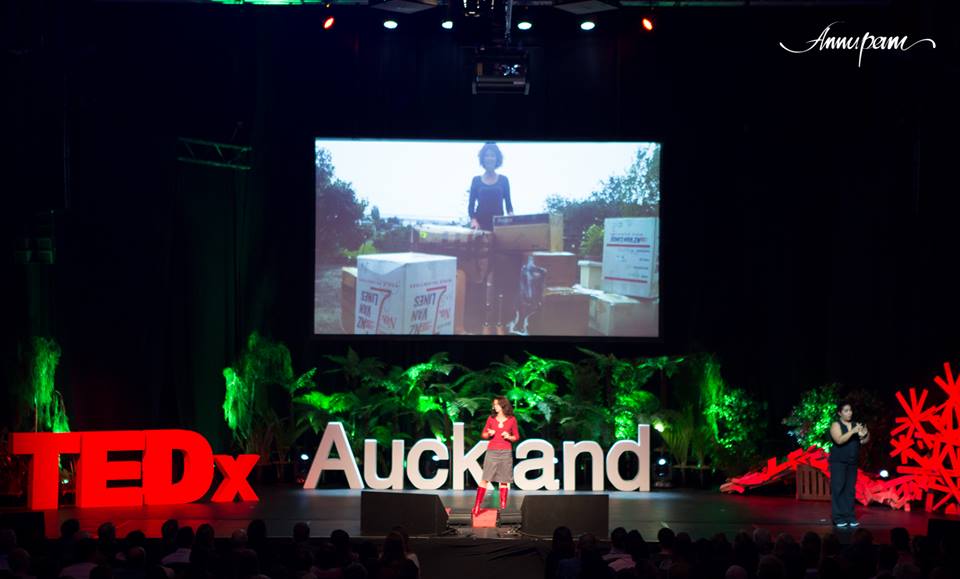 The final video will be out later this month and we'll post that, and in the meantime you can check out a little more about through this great article from the NZ Herald

On Sunday night, at the TEDxAuckland speaker dinner, I took a few steps back and quietly observed the people in the room, both speakers and crew; relieved, radiating, with huge smiles testament to a mission accomplished. Our captain, producer Elliott Blade, spoke of his vision four years ago, when, together with a few like minded friends, we committed to creating a space for New Zealanders to share their most treasured stories and ideas worth spreading.

And so when Sir Bob Harvey stood up after Elliott's toast, raised his glass and invited the other speakers to stand with him, responding, "As this night comes to an end, we won't come to an end," it marked the beginning of a new path, new friendships and new collaborations.

Inspiration is just a seed until it grows roots through action, and this world is not short of inspiration, but action, that is the real beauty in the struggle. After the clapping stopped and the lights went down, the two thousand people that attended TEDxAuckland were left with a choice; they could walk away feeling inspired and wait for that feeling to dissipate into the ether, or they could grab inspiration by the horns, and take the road less travelled.

Like Hong Sheng Chiong concluded his talk, "Ending preventable blindness is my fight. What is yours?"

The young doctor's exposure to third world medicine in Kenya, Nepal, and Malaysia has given him insight into the injustice of poverty, and he has developed an open source, inexpensive device that uses a smart phone to view the back and front of an eye. His talk was met with a standing ovation.

Another speaker that is outsmarting poverty is Janette Searle, founder of Take my Hands. She worked out that between the 21 district health boards in New Zealand, 180 medical equipment manufacturers, and more than 3500 specialist health providers, collectively the equivalent of around 60 000 boxes of used medical equipment was ending up in landfills.

Children that had lost legs were given prosthetics and went back to school, adults were able to work again, and the value of the impact on those people was close to a million dollars. But the real magic in the spare capacity platform that Janette and her team has developed is that the model can be, and is being replicated by other organisations, such as food distribution to low decile schools, and equipment collection for emergency natural disasters.

"Giving is contagious," said speaker Dale Nirvani Pfeifer, founder of Good World. "If we tallied up all the people on Facebook it would be the third largest nation in the world, and 27% of all time is spent on social media. We see not only people who we know, but we see people from all over the world, and we see how they live. We see the haves, and the have nots in a way that we have never seen them before, and we see the disparity in our global community. So we are connected, but are we in balance?"

Dale cited the ice bucket challenge, last year's viral sensation that became the single biggest thing to ever happen to Facebook, with over 10 billion video views, and over $170m raised for ALS in just over six months - of which 83% of those donations came via Facebook.

People are now giving to causes they had never before heard of, and we are starting to see a culture of generosity developing on social media. Dale's company Good World makes donating as simple as writing #donate in a Facebook comment or in a Twitter tweet, and so now social media pages are becoming a viral network of social giving.

Gavin Healy, publisher of sustainability magazine Element, announced on the TEDx stage that they are about to launch the largest social change website New Zealand has ever seen, fulfilling his dream of harnessing media as a force for good.

Sitting in the Victory Convention Centre towards the end of the day, one couldn't help but feel the flux of history, and that extends to the physical as the crowd clapped madly during a live performance by the oldest dance group in the world, The Hip Op-eration Crew, founded by speaker Billie Jordan.

A barefoot Sir Bob Harvey spoke of his childhood adventures as a lifesaver in the fifties, countless nights sleeping on Karekare beach, his spiritual home, and how a profound encounter with a washed up whale was the catalyst that empowered him to create a wave of change and help pioneer New Zealand's environmental movement.

Legendary cartoonist Tom Scott turned the pages of history as he shared anecdotes from his prolific career communicating to the world through his drawings; nuclear testing, war and peace, Nazi Christians, ISIS, and human induced environmental disasters.

"We are an intelligent, decent, creative, innovative species," said Tom, wrapping up his talk. "The 5% of nutters and shitheads can ruin it for everybody, and when those psychopaths are in charge its chaos. And if we don't address the problems of Climate Change we are going to have an awful mess!"

There was an urgent sense of motivation in the room, but perhaps the most reflective moment of social justice, of what happens when you never give up, no matter how many brick walls you have to break down, was when Tame Iti shared his own personal journey of more than five decades of activism, ever since he was a little boy and was told he would be punished for speaking Maori, his first language.

"People questioned authority on all kinds of things," continued Tame as he spoke about his teenage years. "Women's liberation, anti apartheid, the Vietnam War, socialism and the rights of the working class. I started to hear stories from other cultures that sounded a lot like old Tuhoe stories. Stories about stolen land, community displacement, police brutality and military rule. I started to meet people; Maori, Pacific people, Pakeha, standing against these things. And in this time I learned the art of protest and political activism... Occupy this space, so they cannot avoid you. Draw attention to the issue and make them uncomfortable. Make them face you and make your voice be heard."

Last year, after 170 years of struggle, of fighting for the mana of Tuhoe, the Tuhoe people finally got respect and understanding from the Crown. The settlement included a formal apology, the return of Te Urewera to Tuhoe governance, cultural redress, and $170m in compensation. A short video clip from that Crown apology was screened at TEDxAuckland, followed by a thunderous applause from the crowd.

Like Tame said, as he came to the end of his talk, "History has woven us together. We are the basket that holds the future. We must acknowledge each other in this space, right here, eye to eye."

Jamie Joseph is the official storyteller for TEDxAuckland. Videos of all speaker talks will be posted online throughout the month of May. Stay connected through Facebook and Twitter.