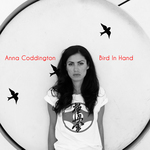 We're excited and 2012 is going to be a fabulous year.  We've kicked it off by having Anna Coddington join us at the Playground as one of the artists we manage.

Raglan at heart, but well recognized throughout the country, Anna has established a reputation as one of New Zealand’s true songwriters and performers. She has remained busy since the release of The Lake with touring, performances with the likes of Fly My Pretties and Eru Dangerspiel, and a tour support for the one and only Tom Jones.

Anna's latest album Cat & Bird was released last year and she has been touring that album since then with the next tour due at the end of the month.  Joined by her band of merry men featuring regular collaborators Ned Ngatae on guitar, Mike Hall (Nightchoir, ex-Pluto) on bass, and multi-instrumentalist Riki Gooch (Eru Dangerspiel, ex-Trinity Roots) on drums, Anna Coddingtonwill hit eight spots across the country from Auckland down to Dunedin.

Along with Coddington’s captivating vocals and sublime songwriting, audiences of the Little Islands Tour will be treated to support acts hand-picked by Anna herself for each stop on the tour. These include singer-songwriter Amiria Grenell, Ryan Prebble (The Nudge) and She’s So Rad, the new project from Opensouls guitarist Jeremy Toy and Anji Sami.  More support acts to be announced.